This reed grass has, on occasions, been used in other countries for weaving and thatching, but it is predominantly an invasive weed in most instances worldwide and definitely invasive in New Zealand.

P. karka creates large, in some cases many hectares of dense swathes of monoculture which crowds out other plant life. Our native plants and trees have no defences against his weed. They just get smothered by the reeds that cut out the light and the rhizomes crowd the roots out starving plants and even big trees of nutrients.

P.karka is found more frequently in wetlands, fore shore, river banks, stop banks and any general swamp or wet areas. It can survive and expand in dry areas and on hills providing moisture is available during the time it is getting established. It can survive in both fresh water and salt water, therefore our beaches and tidal estuaries are as at much risk as our inland waterways.

Phragmites karka was first identified in New Zealand in 2006 at Tangimoana, the Rangitikei River estuary. It was well established across the estuary when first recorded. It is unknown how long it has been in New Zealand or how it came into the country. The second recorded sighting was recorded in the Auckland Region in 2012. Now this weed is known to have invaded the last 3km of the Whangaehu River, 7km of the lower Rangitikei River, in the Makino stream from Feilding to the confluence of the Oroua River, down the Oroua almost to the Manawatu River. It is also found in the Horowhenua region in a number of sites. Two sites have in 2021 now also been recorded in the Kapiti area.

How does this plant spread

Phragmites karka has four parts to the plant, the reed, the stolon, the rhizome and small root structures.

Flowers/Seeds Phragmites karka has not formerly been knowns or observed in the Whanganui/Manawatu regions therefore it is not thought to be being spread by seed. It has been recorded flowering in the Auckland region.

The reed is the most visible part of the plant. This part can create new plants if broken off and it lands in water or on very wet ground. The nodes on the reed send out new roots into the ground and starts a new colony of Phragmites karkaThe rhizomes are not visible as they are under ground. These make up the majority of the plant biomass. These can get as thick at an adult’s wrist and have nodules or sections along their length. These can grow up to six meters a year underground sending up new reeds and forming big clumps. Any part of a rhizome broken off with a sectional nodule can form a new plant. When our rivers flow fast from rain and floods pieces of rhizomes break off and get carried to a new site downstream and establish new plants and colonies. The rhizome is the biggest spreader of this plant through fast underground growth and broken pieces in our waterways.

Roots are smaller than the rhizome and are not thought to able to reproduce if a piece is broken off.

Stolon are a bit like the reed and the rhizome combined. These can grow for five to six meters overland and put down roots creating new growth.

The Phragmites karka plant is frequently thought to be bamboo. This misperception has contributed to its rapid wide spread across the Manawatu region. People are unaware the plant spreading along the stop banks through estuaries in bog lands is not bamboo but potentially one of the biggest threats to the NZ landscape and ecosystems.

How to manage Phragmites Karka

It is not known what are the best methodologies for manging the spread and invasion of this weed yet, particularly in sensitive ecosystems like waterways, swamps, native wetland forests etc

Trials are currently underway in AF/KP to find methods of control that don’t damage the existing environment with chemicals or large machinery trying to dig it out. You will see signs and patches of cut covered ad dried reeds across the park. These are trials plots looking at how we can manage this plant. Other trials work is being done in areas outside of the park by other entities. There is also a mapping program taking place to try and understand how far this weed has spread across the Region. Phragmites karka can be seen in the lower reaches of the Rangitikei and Whangaehu rivers, the Makino stream in Feilding, the Oroua river in patches, in the Horowhenua region and even down as far as Kapiti. It has been found on the foreshore around the Foxton area and on top of sand dunes at Tangimoana. 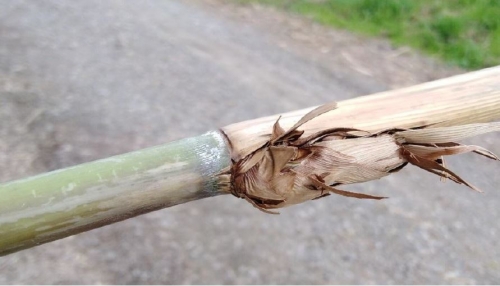 The reed is the most visible part of the plant. 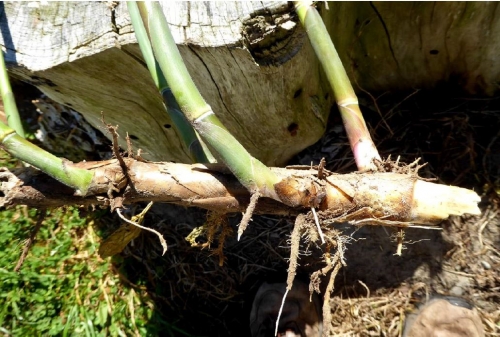 Phragmite roots are smaller than the rhizome and are not thought to able to reproduce if a piece is broken off. 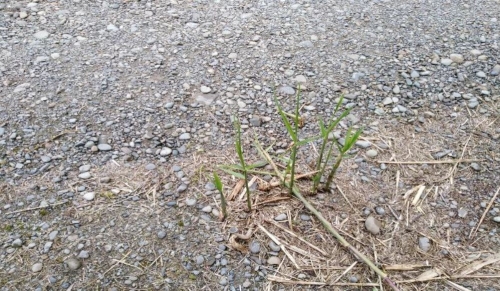 Stolon are a bit like the reed and the rhizome combined. 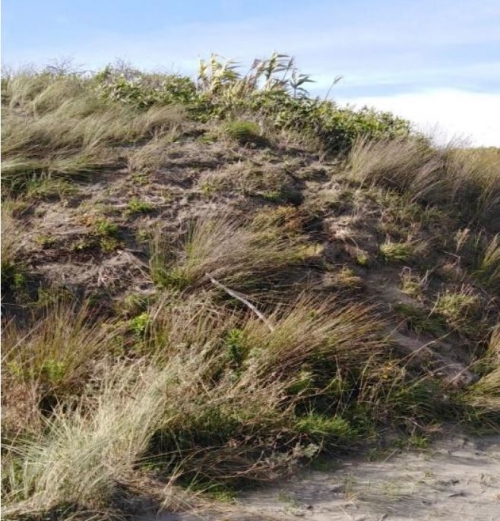 We ask that no one takes pieces of the plant to spread it to other sites. Do not take it home and put in your garden.